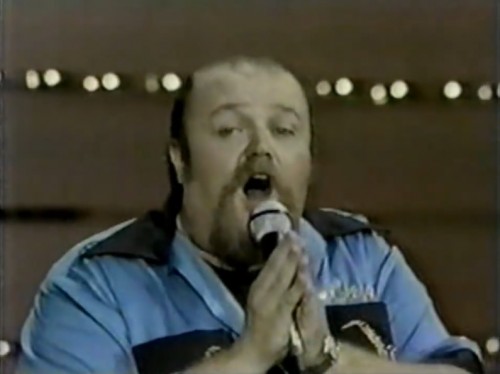 Lennie Baker, singer and sax player in the 1970s Sha Na Na line-up, has died at the age of 69. Baker sang lead on the band’s cover of “Blue Moon,” which appeared on the 1978 soundtrack for the film, Grease. If you watched Sha Na Na’s popular syndicated TV series that ran from 1977 to 1981, you’ll likely have fond memories of the performer. Raise a glass for Lennie!

Rolling Stone quote:
“Baker spent 30 years as Sha Na Na’s saxophonist and singer after joining the group in 1970, one year after the band’s noteworthy performance at the Woodstock Festival. Baker and Sha Na Na appeared in the 1978 big screen adaptation of Grease as the fictional band Johnny Casino and the Gamblers.”