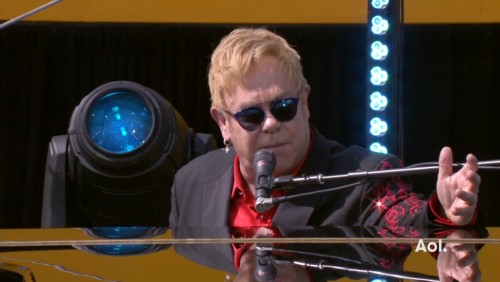 Elton John performed a free concert Saturday afternoon in West Hollywood, California. The show, billed as a “Thank you” to the city for its support of the Elton John AIDS foundation, took place in the parking lot of Tower Records on Sunset Blvd.

The show was streamed live via AOL.com. Elton spoke of his first L.A. concert in 1970 at The Troubadour (just down the road from Tower) and longtime ’70s-era band mates, Davey Johnstone (guitar) and Nigel Olsson (drums) were onstage sounding as good as ever. Lady Gaga, in dangerously high heels, joined Elton during “Don’t Let the Sun Go Down On Me.”

Elton played four tunes from his new L.P., Wonderful Crazy Night, but mostly stuck to 1970s fan favorites such as; “The Bitch Is Back,” “Bennie and the Jets,” “Rocket Man,” “Your Song,” and “Tiny Dancer.” 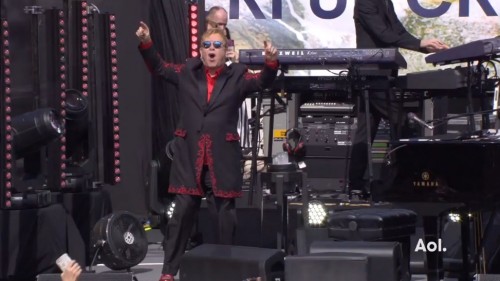 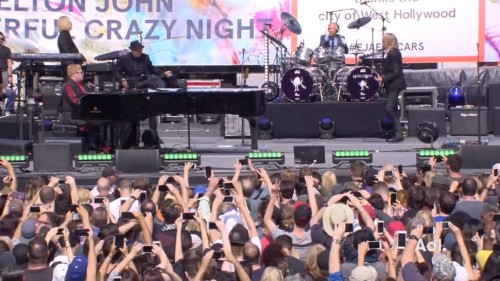 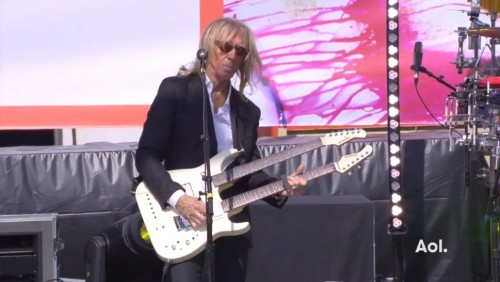 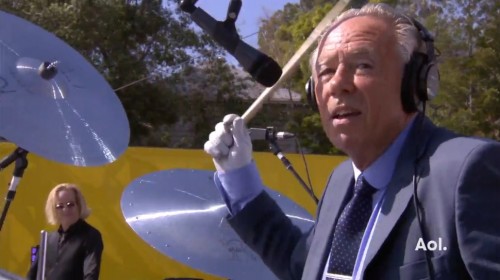