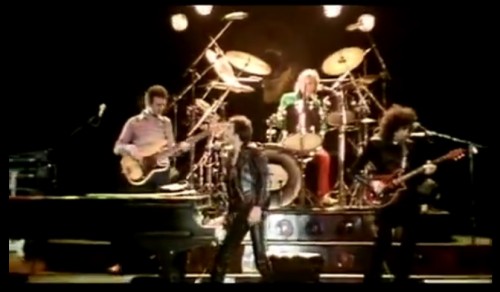 Since Freddie Mercury is in the news (see post below), let’s roll right into a Queen tune.

“Don’t Stop Me Now” first appeared on the band’s Jazz L.P. of November 1978 and was released as a single in January ’79. The song hit #9 in the UK, but only rose to #86 in the US. It took a few years to achieve classic status in the States.