Two shining moments of British power pop and the very nice 8-tracks that came with them. 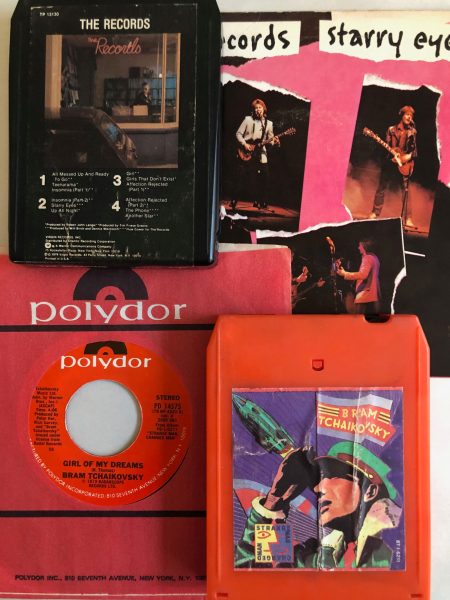 In fall 1979, there was a flurry of British new wave gems on the US charts. Certainly you know Nick Lowe’s “Cruel to be Kind”; alongside it were moody guitar rockers “Hold On” by Ian Gomm and “Driver’s Seat” by Sniff ‘n’ the Tears. Two other sparkling pop numbers, “Starry Eyes” by The Records and “Girl of My Dreams” by Bram Tchaikovsky, came from fine albums I’ve been lucky enough to snag on 8-track.

Sweet and sour singles: With their romantic, aspirational titles, both hit songs are gorgeous gems of power pop. “Girl of My Dreams” features Bram’s trademark triplet-strum on guitar (“dugga-dah”), while “Starry Eyes” has a sort of chiming Byrds riff over its fast tempo. Bram’s words couldn’t be more sincere: “there ain’t no tellin’ when I feel like yellin’ I love you.” The Records’ lyrics, meanwhile, reveal a bitter breakup with a spouse or perhaps band manager: “I don’t want to argue, I ain’t gonna budge / Won’t you take this number down before you call up the judge?”

Pub rock parentage: Both acts came from earlier bands: Bram Tchaikovsky had just quit the Motors (“Airport,” “Forget About You”), while the Records had morphed out of the Kursaal Flyers. Both of those groups came out of the pub rock scene, a rootsy, back-to-basics movement that paved the way for the punk explosion. Pub rock’s chugging boogie sound pervades Tchaikovsky’s album in particular. 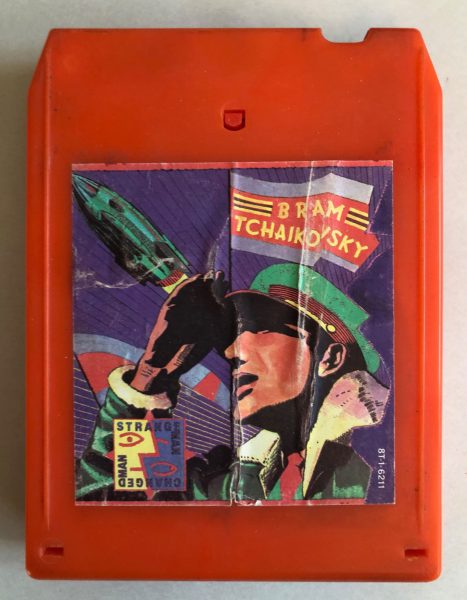 Getting Stiff’ed: Though neither artist was signed to Stiff Records, the plucky indie label played a part in both careers. The Records joined its Be Stiff Tour ’78 backing teen sensation Rachel Sweet (perhaps inspiring “Teenarama,” their song about a teenage girl). Tchaikovsky was signed to Radar, home to recent Stiff acts Nick Lowe, Elvis Costello, and the Yachts. (Ian Gomm was actually on the Stiff roster, it should be noted.) 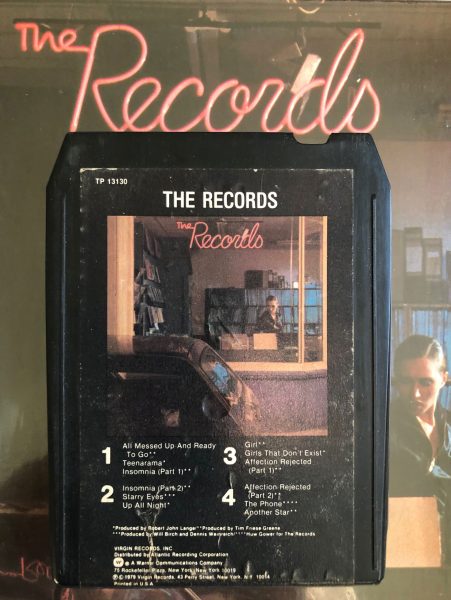 Kool kovers: Back then, every new-wave group was virtually required to record a tasty old-school cover song, either as a heartfelt tribute or sardonic spoof. With their LP the Records delivered a whole covers EP (sadly left off the 8-track). Alongside songs by the Kinks, Rolling Stones, and cult band Blue Ash, they offer a very earnest version of Spirit’s “1984.” For his cover Bram turned to the Monkees; he offers a cheeky cover of “I’m A Believer” that doesn’t sound like he believes a thing.

Take it slow: The real test of a power-pop act is whether they can handle a ballad; both artists manage beautifully. The Records offer the dreamy afterhours “Up All Night,” while Bram’s country-tinged “Lady From The USA” sounds like a slowie by (yes) The Eagles, perhaps “Take It To The Limit.”

Further listening: Related albums by Ian Gomm, Sniff ‘n’ the Tears, and Nick Lowe are also available on 8-track. Hits by those three (but not Records or Bram) can be found on the K-tel LP and 8-track Rock 80.