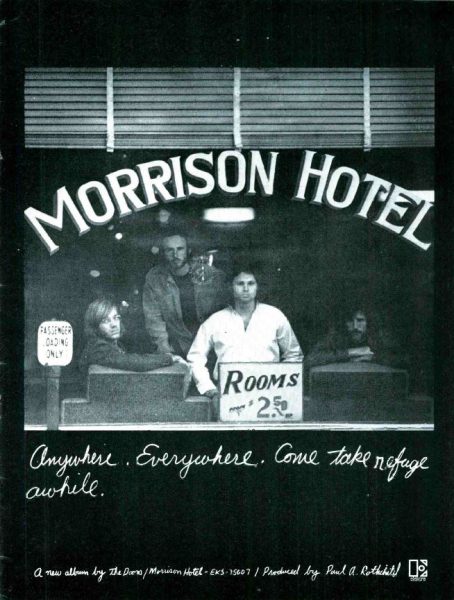 The Doors’ Morrison Hotel LP released in February of 1970 and quickly obtained Gold status. The album garnered good reviews and climbed to #4 on the Billboard 200.

While only one single was released, “You Make Me Real” (US #50), classic Doors tunes such as “Roadhouse Blues,” “Peace Frog,” and “Waiting For The Sun” appear. Lend an ear to “The Spy” below.