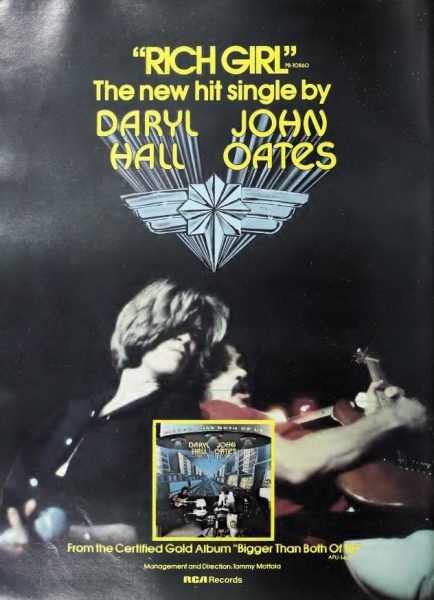 “Rich Girl,” penned by Daryl Hall, originally appeared on the Bigger Than Both of Us L.P. in the summer of 1976.