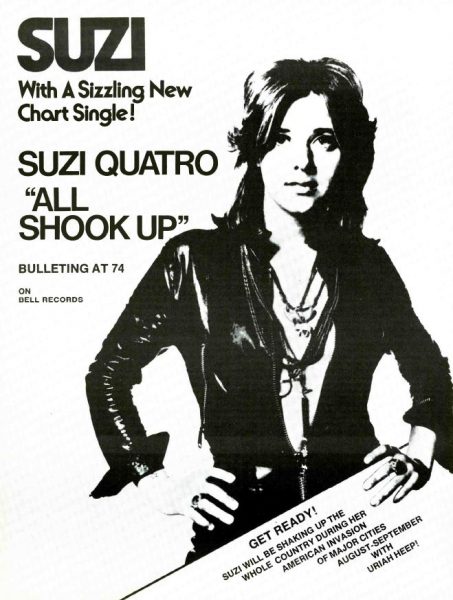 Suzi Quatro’s version of the Elvis classic “All Shook Up” appeared on her self-titled debut album in 1973. In ’74 the song was released as a single and clipped into the US Hot 100, peaking at #85.

If Wikipedia is to be believed, Presley was a big fan of Quatro’s version and invited her to visit Graceland – which she declined.