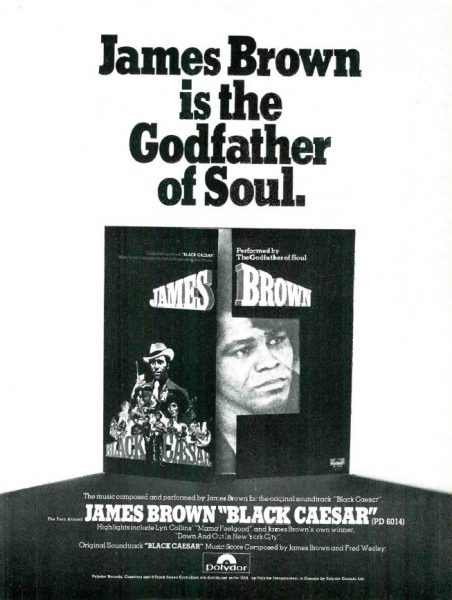 James Brown’s soundtrack for the film Black Caesar released in conjunction with the movie in February of 1973.