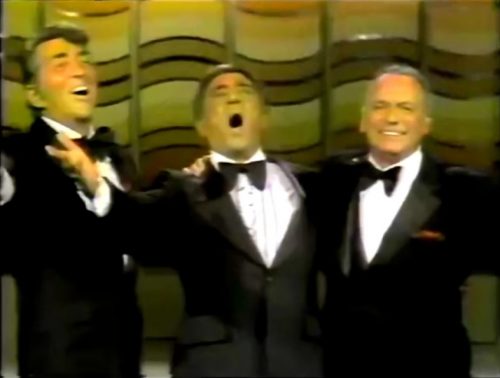 “Smile – with Sinatra and Friends!”

The spot aired in August of 1978. IMDb lists the special as April 1977, so this promo looks to be for the second airing.