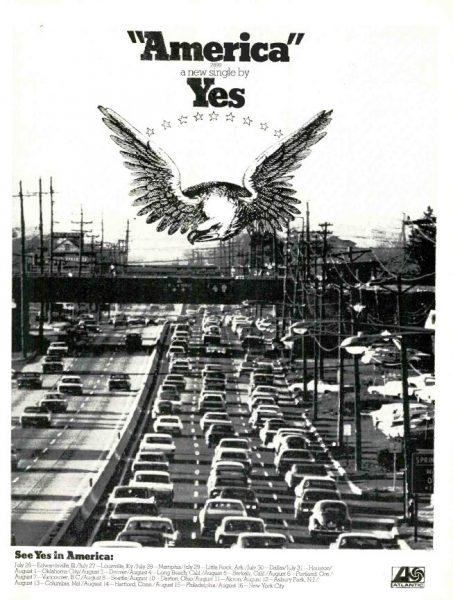 Yes released its version of Simon & Garfunkel’s “America” in the summer of 1972. The single reached #46 on the US Hot 100 and eventually appeared on the 1975 compilation LP, Yesterdays.