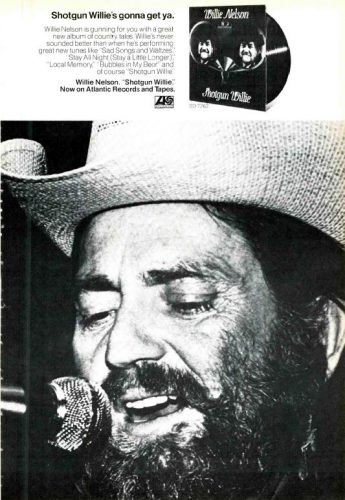 “Willie Nelson is gunning for you with a great new album…”

The record was Nelson’s first for Atlantic, and one of the first in the “Outlaw Country” genre. Two singles were released from the L.P., the title tune and “Stay All Night (Stay A Little Longer).”