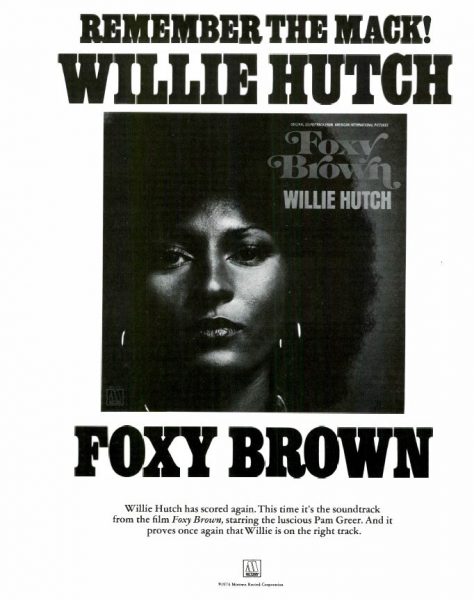 “It proves once again that Willie is on the right track.”

Willie Hutch’s soundtrack for the movie Foxy Brown released in April of 1974 to coincide with the theatrical release.

Have a listen to the “Theme Of Foxy Brown.” It’s short and sweet.