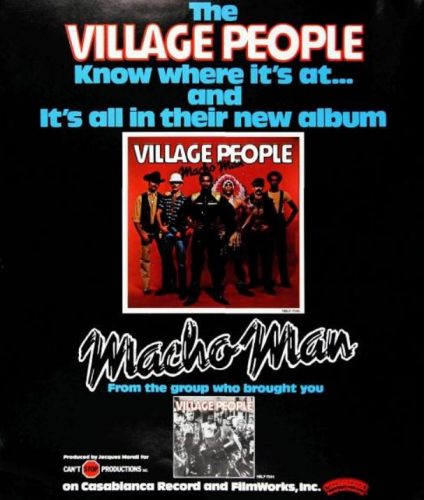 “The Village People know where it’s at…”

The Village People’s “Macho Man” originally appeared on the album of the same name in February of 1978. It was the group’s first big hit and made it to #25 on the Billboard US Hot 100.