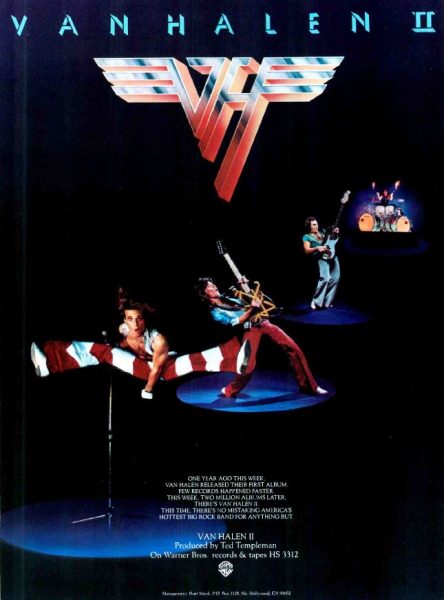 Van Halen released their second album in March of 1979 and it climbed to #6 on the US Billboard charts.

More Van Halen at Cherry Stereo: In The News: Gene Simmons On Recording Van Halen In ’76