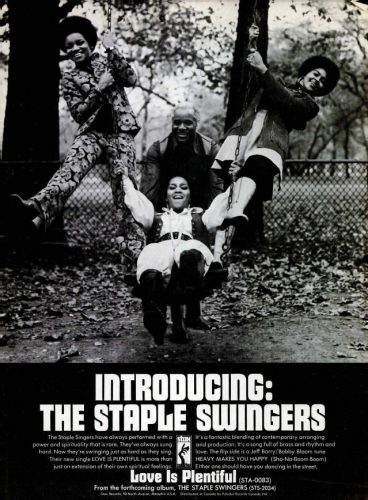 The Staple Singers are swingin’ high in the sky for their latest release, “Love Is Plentiful.”