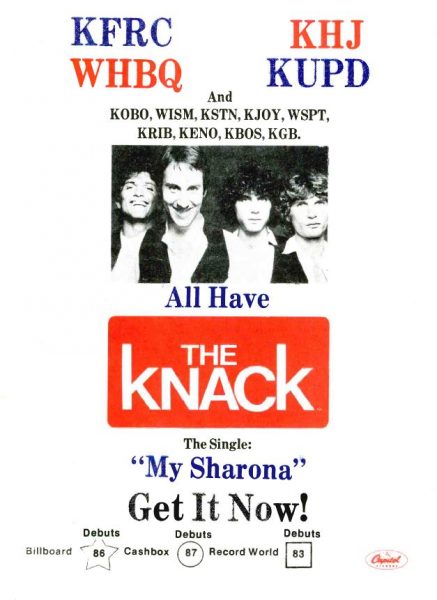 The Knack’s “My Sharona” needs little introduction as the song is still a rock and oldies radio staple.

As a 12 year old kid, I was a huge, immediate fan and bought the single and album at release. It seemed for a moment that this band might be a new Beatles for my generation. It didn’t turn out that way, but The Knack left behind some excellent power pop. And the biggest song of 1979. You want to give it another spin. Go ahead.