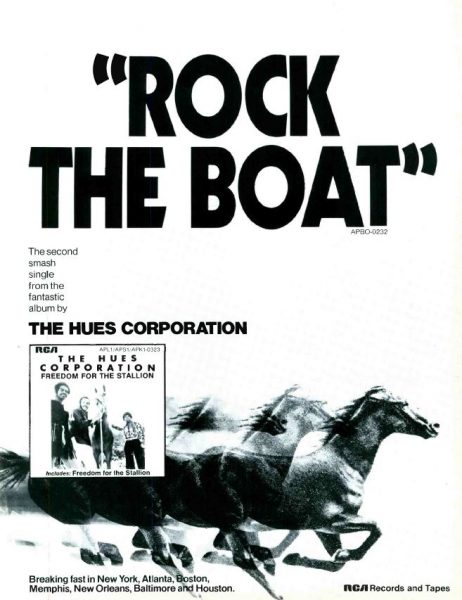 The Hues Corporation’s “Rock The Boat” appeared on the band’s 1973 debut L.P., Freedom For The Stallion.

Previously on Vintage Ads: Foghat, ‘I Just Want To Make Love To You’