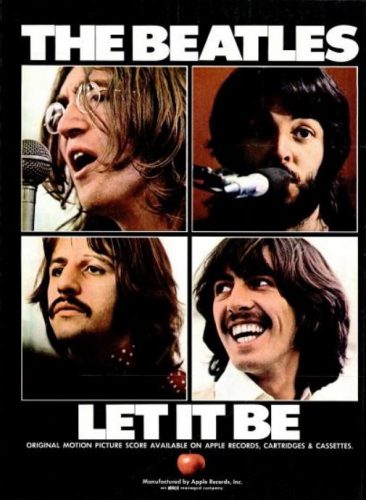 Here’s a great, classic ad for The Beatles’ Let It Be. The album released on May 18, 1970 in the US, after the break-up of the band was announced a month earlier. The L.P. hit #1 in both the US and UK.

Note the red Apple logo rather than the usual green. This was due to the fact that United Artists had rights to distribute the film soundtrack L.P., not Capital.