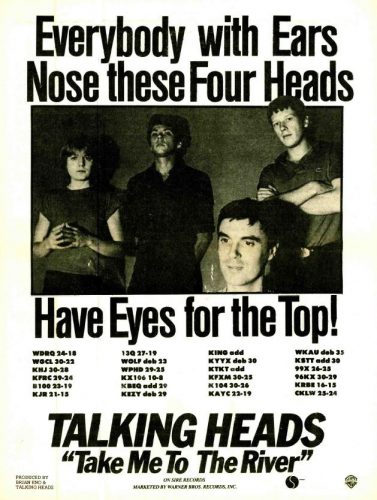 “Everybody with Ears Nose these Four Heads Have Eyes for the Top!”

Talking Heads version of Al Green’s “Take Me to the River” appeared on the More Songs About Buildings and Food L.P. of July 1978. The tune was released as a single and reached #26 on the Billboard US Hot 100 in ’79.

I find it endlessly fascinating that we can have both Shotgun Willie and Talking Heads existing in the same decade. Go, Seventies, go!