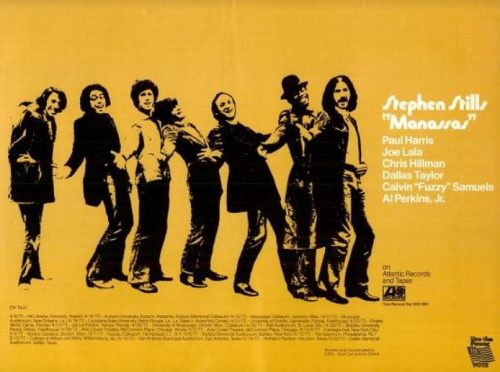 Stephen Stills’ Manassas was both a band and a double album of the same name. The record featured the single “It Doesn’t Matter” and appearances by Bill Wyman and Jerry Garcia.