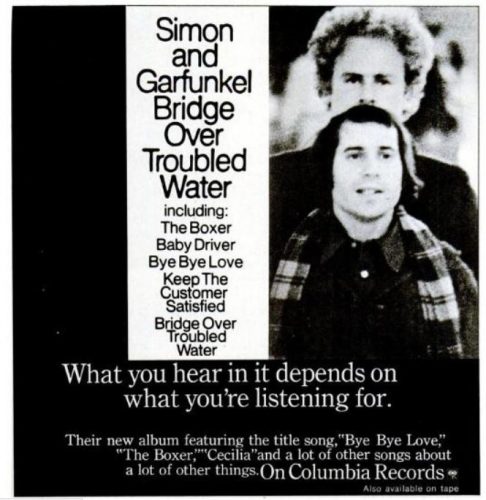 “What you hear in it depends on what you’re listening for.”

Simon And Garfunkel’s Bridge Over Troubled Water L.P. released in January of 1970 and went on to become one of the biggest albums of the early 1970s. Along with the title song, the record contained the hits; “The Boxer,” “Bye Bye Love,’ and “Cecilia,” and went on to win two Grammy Awards and sell something like 25 million copies. Not too shabby.