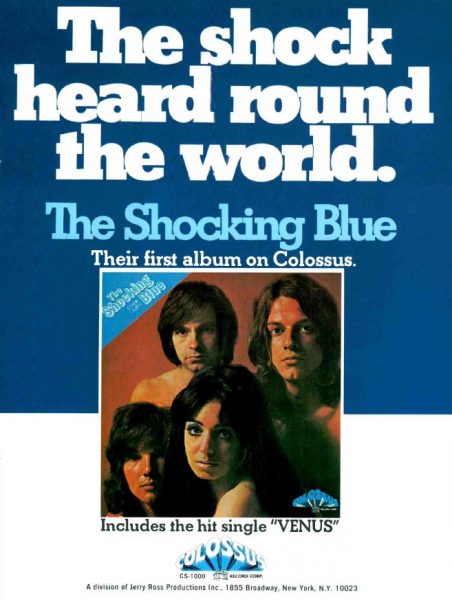 Here’s an ad for Shocking Blue‘s US L.P. on Colossus featuring the #1 single “Venus.”

The album is a compilation of previous Shocking Blue tunes, and interestingly, adds “The” to the group’s moniker. “Venus” was recorded and released in 1969 and hit the top in early 1970.