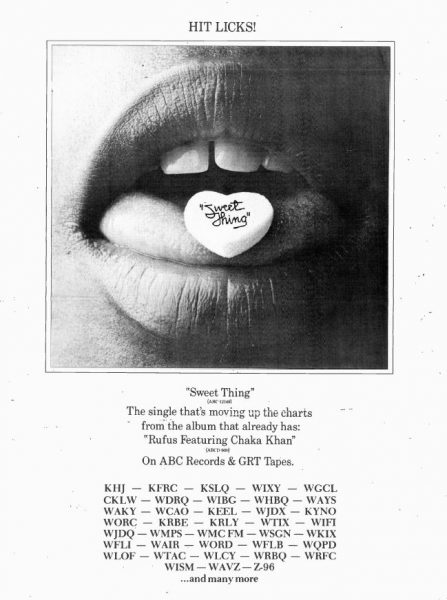 Rufus and Chaka Khan recorded and released “Sweet Thing” in the fall of 1975. By early 1976 the song sat atop the Billboard Soul charts and hit a high of #5 on the Hot 100.

“Sweet Thing,” written by Chaka Khan and Tony Maiden, appears on the L.P., Rufus Featuring Chaka Khan. Listen in below.