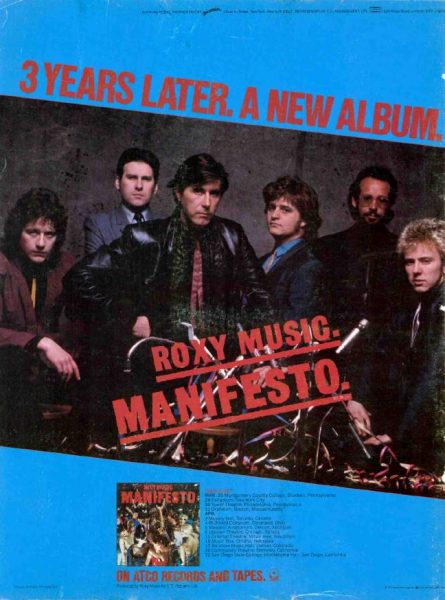 Roxy Music released their Manifesto L.P. in March of 1979. It was the band’s first record since 1975’s Siren – a gap of more than three years.

Manifesto featured three singles; Trash, Dance Away, and Angel Eyes. Trash was the least commercially successful of that trio of tunes. Grab an earful below.