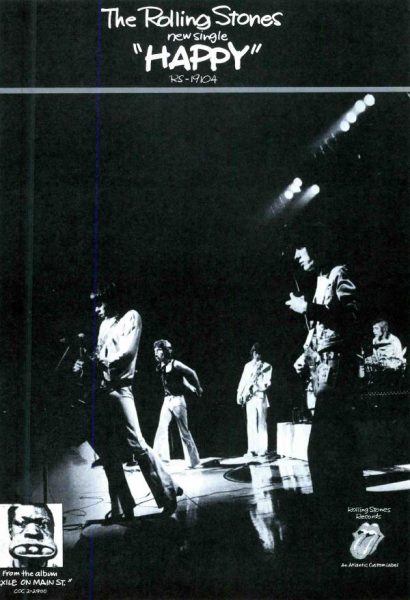 This Keith Richards tune was quickly written and recorded without all of the band present. That’s Richards on vocals, bass, and guitar, and producer Jimmy Miller on drums. Released as a single in the summer of ’72, “Happy” reached #22 on the US Hot 100.