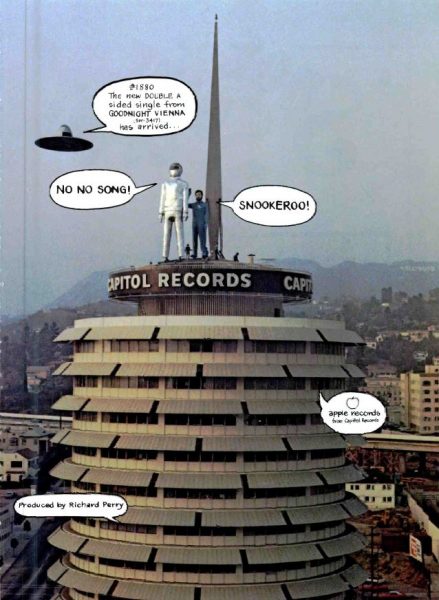 Both “No No Song” and “Snookeroo” originally appeared on Ringo Starr’s Goodnight Vienna album in late 1974.

Though Capital initially promoted the single as a double-A side, it was the Hoyt Axton-penned “No No Song” that wound up as a hit. The humorous, sing-along tune reached a very respectable #3 on the US Hot 100.

The Elton John & Bernie Taupin-penned “Snookeroo” was also released as an A-side in the UK where it failed to grab a chart placing.