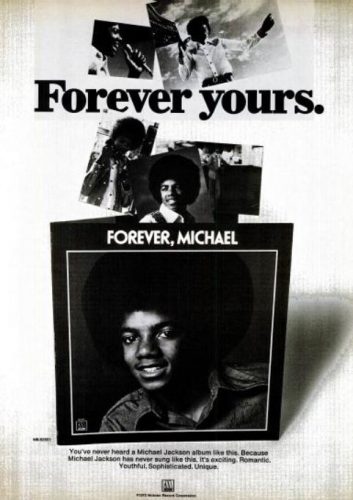 “You’ve never heard a Michael Jackson album like this.”

Michael Jackson’s Forever, Michael L.P. hit shops in January of 1975. The L.P. did not crack the top 100 and was the singer’s final disc for Motown.