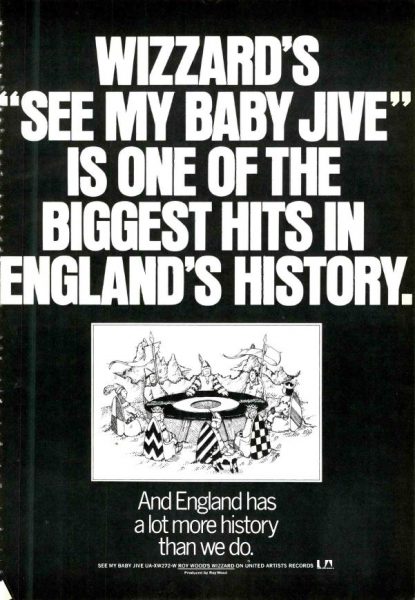 Eccentric glam rockers Wizzard were formed in 1972 by Roy Wood, front man of The Move and co-founder of Electric Light Orchestra. The group’s second single, “See My Baby Jive,” was extremely successful, rocketing to #1 on the UK and Irish charts. In fact, the tune perched atop the British hit parade for a solid month.

“See My Baby Jive” was written and produced by Wood and appeared on the Wizzard Brew LP in ’73.