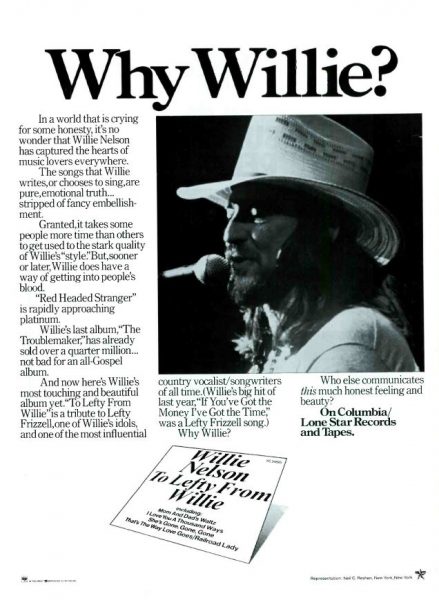 “Who else communicates this much honest feeling and beauty?”

Willie Nelson’s To Lefty From Willie LP was recorded in 1975 and released in the summer of 1977. As you may have surmised from the title, the album is Nelson’s tribute to Lefty Frizell.

To Lefty From Willie climbed to #2 on the US Country LP chart and #91 on Billboard‘s Pop album chart. Lend an ear below.