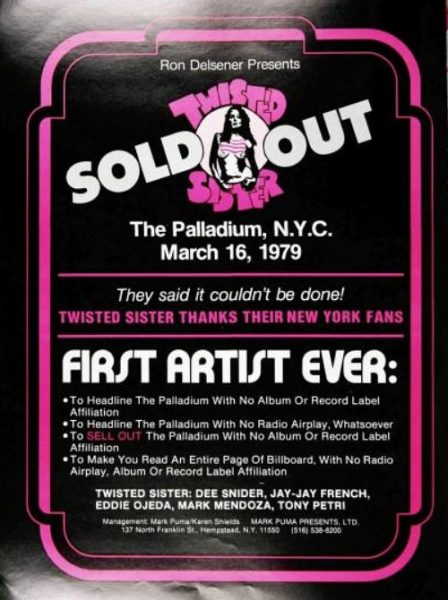 Here’s a real rarity for you. Quintessential ’80s band Twisted Sister got their start in the ’70s, inspired by bands like the New York Dolls and Slade. In 1979, as the ad above states, the group sold out the Palladium in New York City without having a record available. Later that year, they released their first record, “I’ll Never Grow Up, Now!” sided with “Under The Blade.”

Known for their onstage rapping with the audience, Twisted Sister could make one song last for 15 minutes. Check out a live version of “I’ll Never Grow Up, Now!” below.