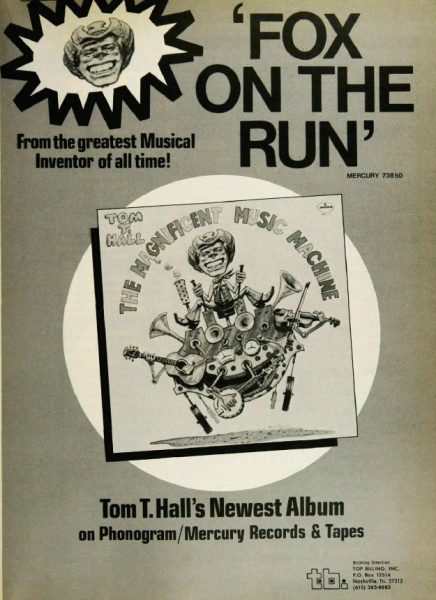 No, not that “Fox On The Run.” This is Tom T. Hall’s cover of the 1968 Manfred Mann tune written by Tony Hazzard.

Hall’s “Fox On The Run” appeared on the the singer-songwriter’s 1976 LP The Magnificent Music Machine and made it to #9 on the US Hot Country Singles chart. Enjoy a listen just below.