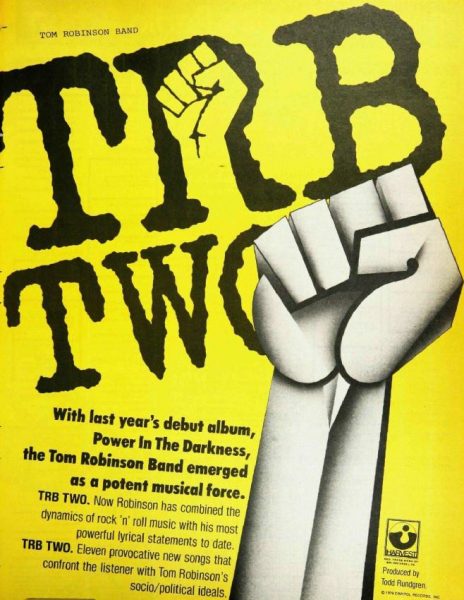 The Tom Robinson Band released their second studio album, TRB Two, in March of 1979. Apparently, Tom Robinson and Pink Floyd shared management and a record label at the time and Robinson believes his tune “Bully For You” inspired Floyd’s “Another Brick In The Wall.”

Listen to TRB’s “Bully For You” (co-written by Peter Gabriel) below and be amazed by the ending chorus refrain of “we don”t need no aggravation!”