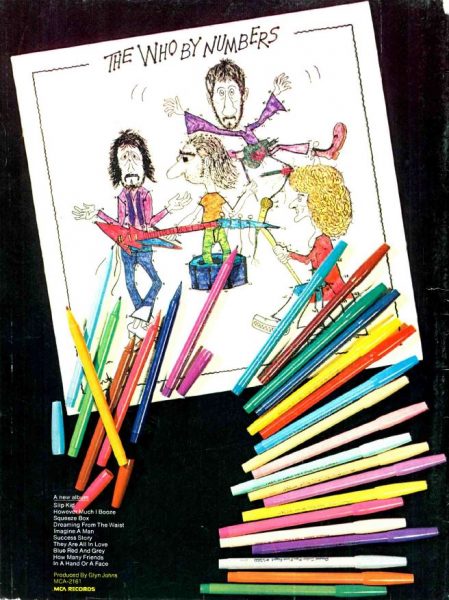 The Who released the By Numbers LP in October of 1975. The album features the singles “Squeeze Box” and “Slip Kid” and made the Top Ten in both the US and UK.

One of the stand-out tracks on the LP is “Dreaming from The Waist” which Pete Townshend has listed as among his least favorite songs to perform live. John Entwistle on the other hand, stated it was one of his concert favorites.

Previously on Vintage Ads: Carpenters, ‘There’s A Kind Of Hush’ (1976)