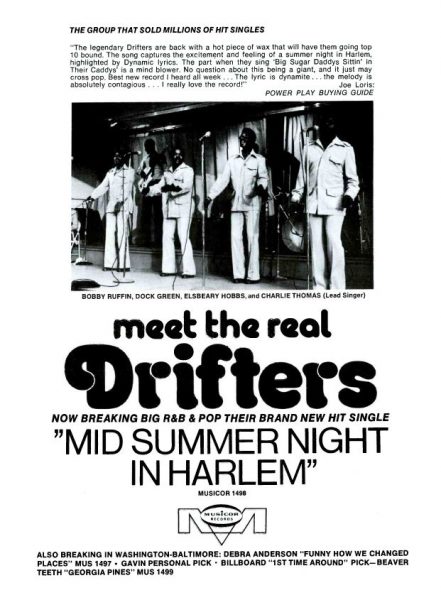 Here’s one that’s been lost in time. The Drifters, best-known for their ’50s & ’60s work, made something of a comeback in the early Seventies.

The group, led by singer Charlie Thomas, released the “Midsummer Night In Harlem” single in September of 1974. The song doesn’t appear to have been released on an LP during the decade. Have a listen to this lost treasure below.