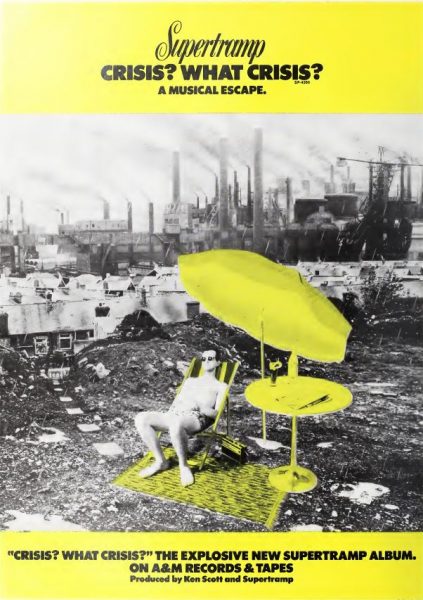 Supertramp’s Crisis? What Crisis? LP released in the fall of 1975. The album was hastily-recorded due to record company pressure for a follow-up to Crime Of The Century and includes the singles “Lady” and “Ain’t Nobody But Me” (listen in below).