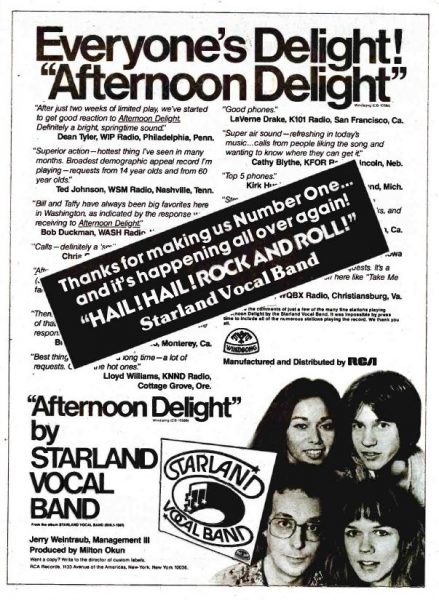 Starland Vocal Band’s “Afternoon Delight” originally appeared on the band’s self-titled debut LP in 1976. The song grabbed the No.1 spot on the US Hot 100 and also hit the top spot in Canada and #18 in the UK. By Cherry Stereo’s estimation, the song was the 8th most-popular song of 1976.

The ad seen above also touts the singing quartet’s follow-up single, “Hail! Hail! Rock And Roll!,” which snagged #71 on the Hot 100.