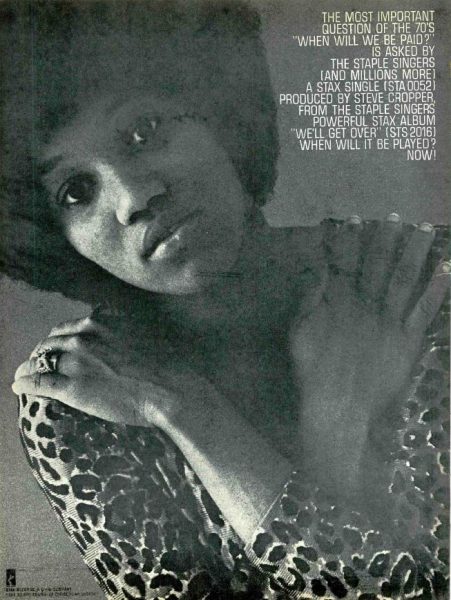 The Staple Singers’ “When Will We Be Paid?” originally appeared on the group’s 1969 LP We’ll Get Over and was released as a single late in that same year. The tune, written by Randall Stewart and produced by Steve Cropper (Booker T. & the M.G.’s, Blues Brothers), didn’t make a big radio splash but was the first Staple Singers record of the 1970s being pushed by Stax.

Check out a nice find below of the group performing “When Will We Be Paid?” live in 1971.