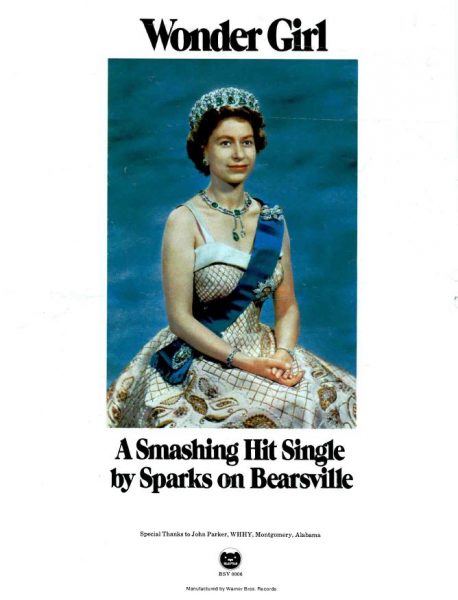 The band known as Halfnelson originally released their song “Wonder Girl” in 1971 to little fanfare. The group changed their name to Sparks, re-issuing the single in 1972, where it became a regional hit in Alabama and just scraped Cash Box‘s Top 100.

Have a listen and have a Wonder-ful Friday!