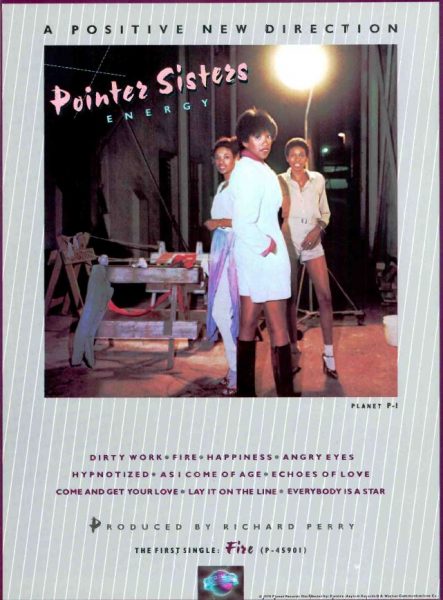 The Pointer Sisters “Fire” released in the fall of 1978 and originally appeared on the Energy LP.

This slow-burning tune, sung by Anita Pointer and written by Bruce Springsteen, made it to #2 on the US Hot 100 in early 1979. Catch the Pointer Sisters performing on The Midnight Special that same year.