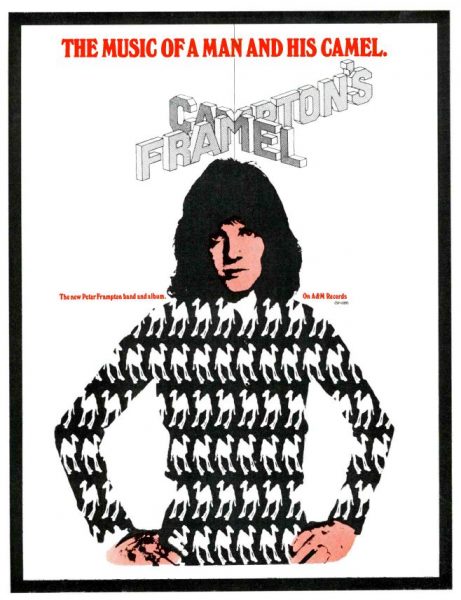 A few years before becoming a massive superstar in America Peter Frampton got together with a trio of musician friends and recorded the Framption’s Camel LP in 1973.

Have a listen to the Frampton’s Camel tune “All Night Long” which was released as a single in ’73.