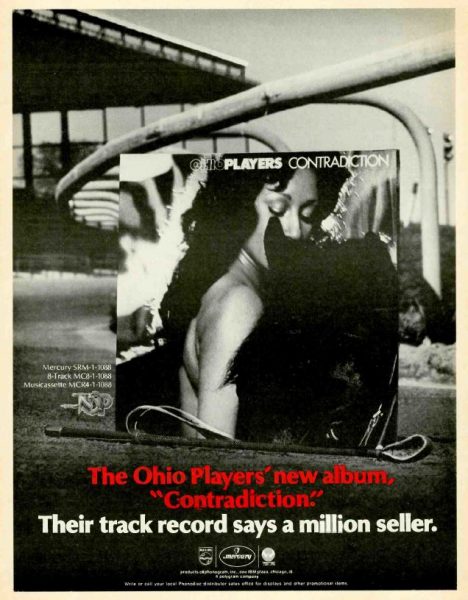 Ohio Players’ Contradiction LP released in the spring of 1976 and began its climb to #12 on Billboard‘s album chart.

Tracks “Who’d She Coo?” and “Far East Mississippi” were released as singles. Let’s relive a little bit of the summer of ’76 and grab a listen to “Who’d She Coo?” which hit #1 on the Hot Soul Singles chart and #18 on the US Hot 100.