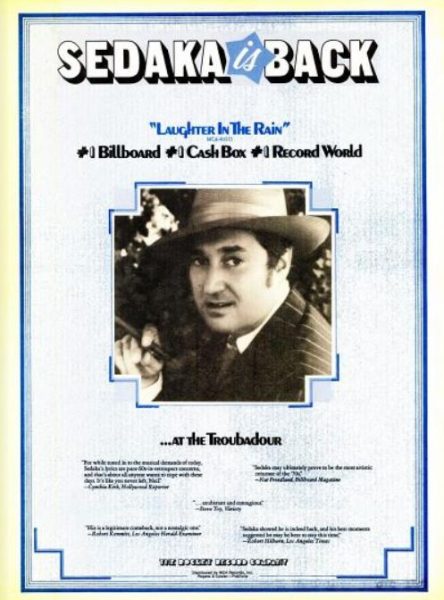 Neil Sedaka’s “Laughter In The Rain” originally appeared on the singer-songwriter’s 1974 LP Sedaka’s Back.

The easy-listening song, written by Sedaka and Phil Cody, went all the way to #1 on the US Hot 100 and hit #15 in the UK. Catch a Seventies-era performance video below. You know, I never thought about it before, but hearing laughter in the rain could be kind of creepy. Brrr!