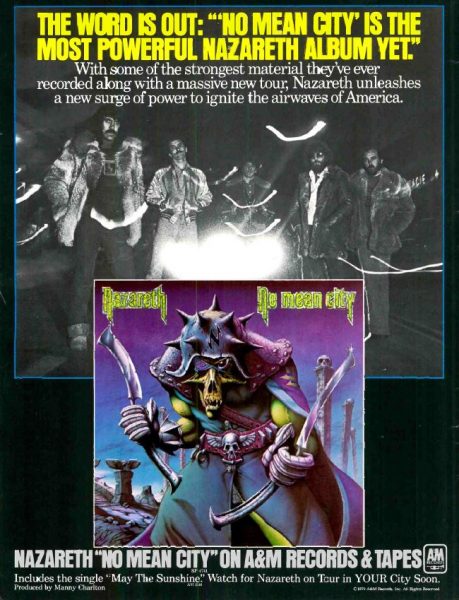 Forty years ago, Nazareth’s tenth studio LP No Mean City rolled into shops at the top of 1979.

The record was produced by the group’s Manny Charlton and featured the singles; “Star,” “Whatever You Want Babe,” and “May The Sunshine” – which you’ll find queued up below.