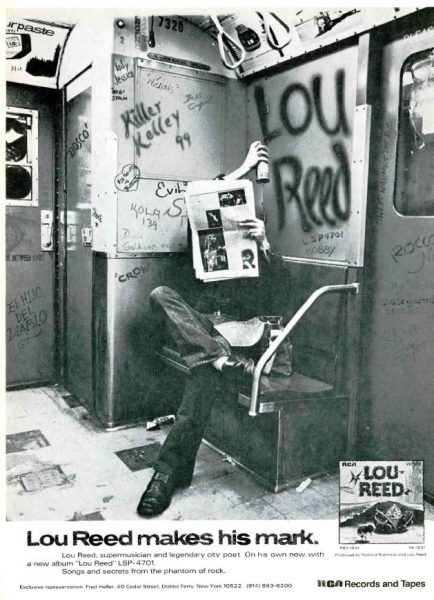 As most readers will know, Lou Reed first gained notice fronting the Velvet Underground in the 1960s. His debut solo album released in April of 1972.

Lou Reed, the album, was recorded in London with producer Richard Robinson and features a number of re-worked Velvets tunes such as “I Can’t Stand It” and “Lisa Says.” The LP’s anemic US chart placing of #189 does the record a disservice as it’s well worth repeated spins. Check out “I Can’t Stand It” and bounce along.