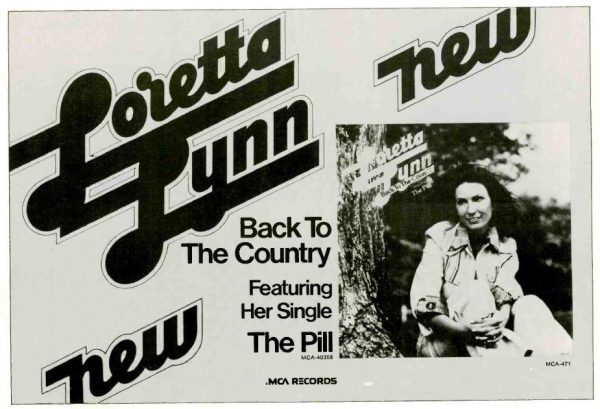 Recorded in late 1972 and finally released as a single in January 1975, Loretta Lynn’s “The Pill” caused some controversy. The song’s subject matter made some radio programmers skittish and the record was banned on some stations. Once the tune became a hit, in Lynn’s words, “They had to play it.”