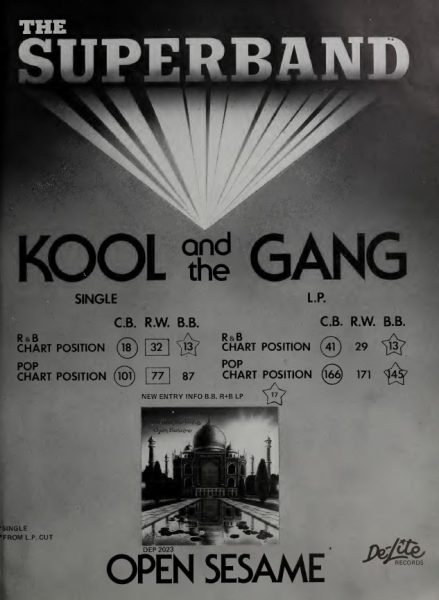 Kool and the Gang’s “Open Sesame” (also known as “Open Sesame (Groove With The Genie)”) appeared on the album of the same name in late 1976. The single had some success on its own, reaching #55 on the US Hot 100 and #6 on the R&B chart, but is probably best-remembered for appearing on side three of the Saturday Night Fever soundtrack.

Another single off the LP, “Super Band,” fared less well, landing just outside the Hot 100 at 101.

Have a look at a pretty awesome 1976 promotional clip for “Open Sesame” filled with swirling capes and fog machines.