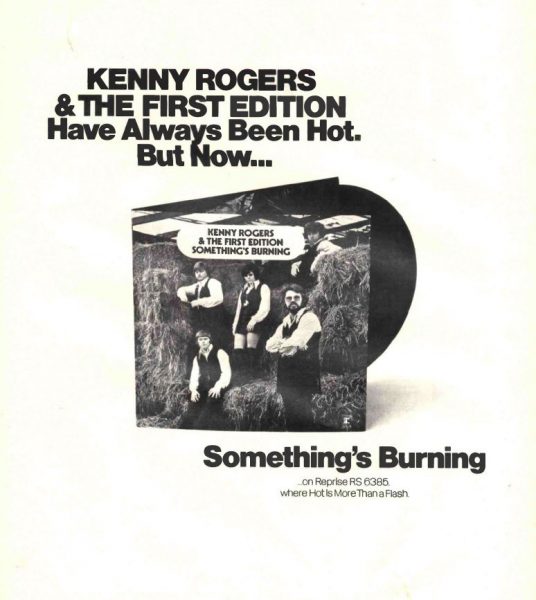 Kenny Rogers & The First Edition‘s “Something’s Burning” single was originally recorded and released in 1969. The ad above appeared exactly 48 years ago.

The song, written by Mac Davis, appeared on the First Edition’s album of the same name, and by early 1970 was a significant radio hit, reaching #11 on the US Hot 100. Rogers, of course, would go on to become one of the most successful country singers of the Seventies.

Previously on Vintage Ads: Gunhill Road, ‘Back When My Hair Was Short’ (1973)