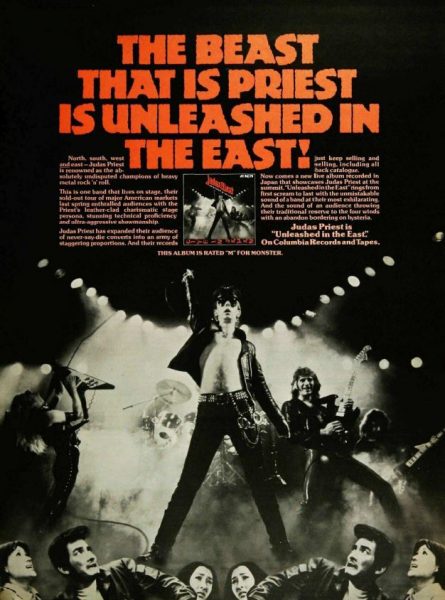 Judas Priest’s Unleashed In The East LP released in September of 1979.

The album’s live recordings were captured during Priest’s Tokyo tour and it was later revealed that Rob Halford’s vocals were over-dubbed afterwards in a studio setting. Have a listen to “The Green Manalishi” below.