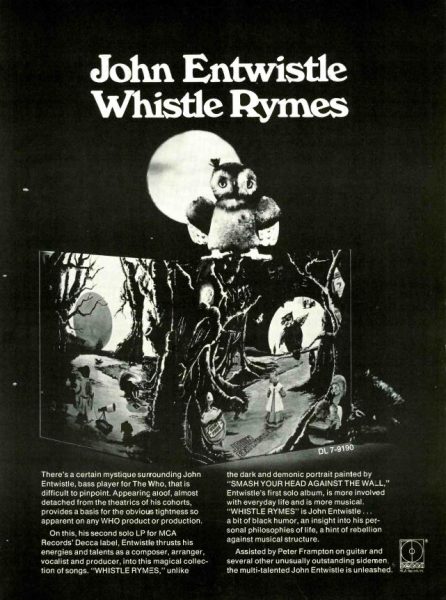 “A bit of black humor, an insight into his personal philosophies of life, a hint of rebellion against musical structure.”

John Entwistle’s second solo album Whistle Rymes hit record shops in November of 1972. The LP seems to have received only minor promotion at the time of release. In addition to the above ad, a promo single of “I Wonder” exists, at the very least.

Special guests on the LP include Entwistle’s Who bandmate, Keith Moon, as well as Peter Frampton, and Jimmy McCulloch (Wings). I quite like the bitter-but-funny love song “I Feel Better” – which you can listen to below.