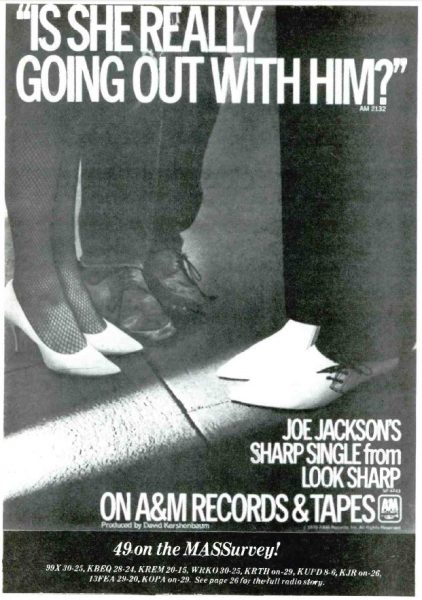 Joe Jackson’s debut single, “Is She Really Going Out With Him?,” originally released in the fall of 1978 but found greater success as a re-issue in 1979.